From the first centrifugal atomiser to a comprehensive range for air conditioning and spas. Get a quick overview of the major milestones in our company history.

1970 Rolf Meier and Ullrich Hoehler found the company Lufttechnischer Apparatebau (Air Technology Equipment Construction). They are convinced that controlled air humidification can bring major benefits in many areas, and aim to develop the technology even further. The first devices in the range included centrifugal atomisers, which are mainly suitable for greenhouses and warehouses.


1971 Exports of these highly-efficient, cost-effective systems to France, Japan and Spain begin.


1973 Not long after the company is founded, guiding principles on sustainability are developed, which are still decisive today, helping shape our profile: The newly developed range of electrode steam air humidifiers has a longer working life, saves running costs and protects the environment. Instead of the usual disposable cylinder, a new type of cylinder is developed, which is easy for customers to clean, and can be re-used.


1974 This year sees the addition of a new type of device, which can be operated with almost no maintenance; The heater steam air humidifier works with distilled water, which means that almost no hardeners can build up in the cylinder.


1977 The company is given the new name “HygroMatik” and is entered as such in the Companies Register. This name isn’t just shorter. In a single word, it expresses the central objective of the company. 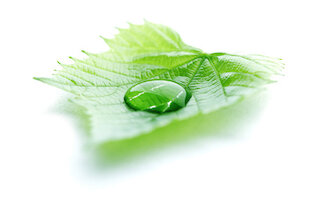 Sustainability is the elementary driver as well as the "seal of approval" for all our decisions and measures. For if we act responsibly and sustainably today, we will secure our success in the future. Our Commitment to Quality.

We are an international company with a global outlook but with the core values and culture of a family operation. Guided by sustainable principles we strive to deliver air humidification and steam generation that promote a healthier environment. 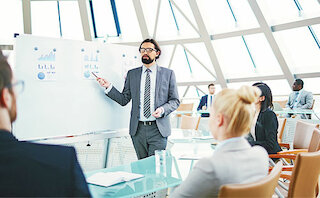 We cooperate with various strategic partners worldwide to further develop progress in the air humidification industry. We not only implement international standard but also contribute to them as well as part of our commitment to the industry. 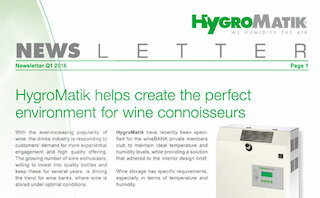 We would like to keep you informed about interesting projects, new products and all the other exciting news from our company.

These cookies help us to understand how our website is used. This allows us to improve our performance for you. In addition, external applications (e.g. Google Maps) are supplied with your location for easy navigation.

Advertising cookies are used to display advertisements that match your surfing behaviour.